Setting off from Sydney at a leisurely 8:30 am, Jiri and I stopped along the way to visit the Canberra wineries to bolster our confidence. We were due to meet at the Cotter campground; however, upon arrival, we found that the campground was closed as it had recently been underwater. We met up with the rest of the crew at the nearby parking lot, and headed out to the put in at Vanity Crossing, taking note of the spilling dam. Further along, we encountered a ford on an insignificant side creek with a substantial amount of water flowing over it. Thankfully, our trusty old Suby made it through, and we proceeded to the next crossing, which was 2 metres under water and impossible to cross; luckily this was the put-in.

Mick had run this river before, and gave an excellent briefing before we started paddling – a nice stretch of grade 2 rapids to start, then some grade 3, with some big holes to watch out for and try to avoid. The grade 3 section started shortly after the first side creek entered on river left, doubling the volume of water in the river. Some massive wave trains and holes followed – an insane amount of powerful water. As we entered one particular rapid and rounded the corner, we received a nice surprise that stretched across most of the river. This hole lead to the first tactical exit being made. A second memorable rapid followed soon after. As we decided to stick closer together down the rapids on this flooded river, three of us managed to follow each other into the massive hole in the middle of this rapid. A second tactical exit followed thereafter. The last wet exit of the day was employed when somebody missed the eddy and floated backwards into the meaty hole just below. A good lesson here is to be sure not to miss an eddy! This not so tactical exit resulted in the boat being chased down a grade 4 rapid and recovered downstream. The rest of us either boofed the hole or took the dodgy chicken run down the far right (through the trees across another channel of the river), rather than brave portaging through the multitude of blackberries. The unfortunate paddler had no choice.

A great river, which at this water level was solid grade 3+. Thanks to the Canberra kayakers for a great trip that was organised and led brilliantly. 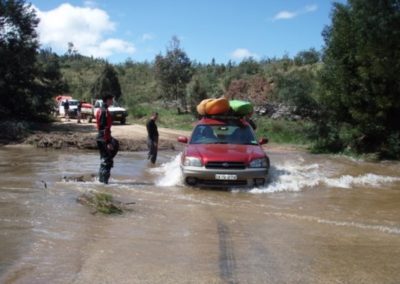 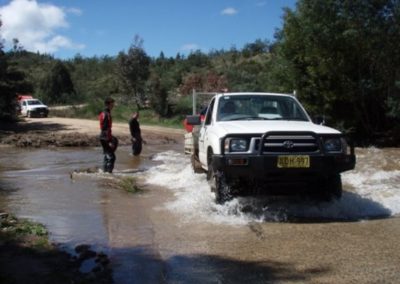 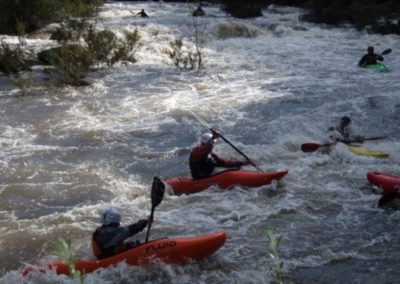 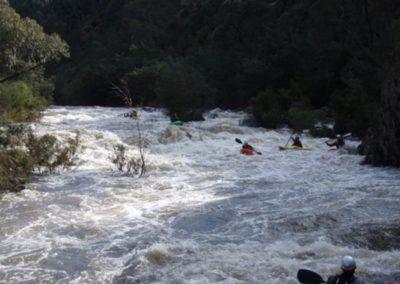 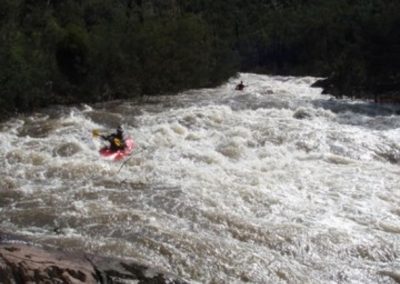 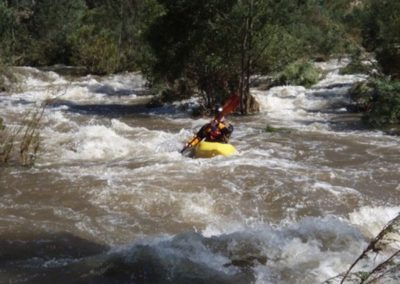 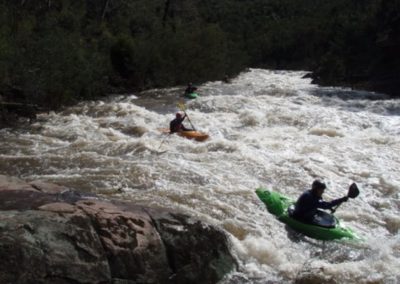 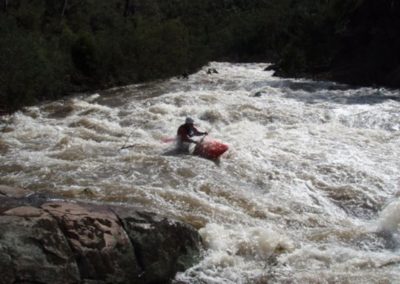