The walk in (15min), shuttle (4km on good dirt road – 2 gates to open) and access are all relatively easy.

By my calculations, there is a drop of 190m over the 4.9km section. We put in exactly at waterfall creek.

The level did not “look low” at the put in as described by previous paddlers.  The first km or so is gentle. After a small paddleable tree hazard and some rapids you hit what looks like a just doable hard, good grade 4. The last move would be into a micro eddy just above a 6-8m drop onto rocks.  We portaged the whole thing on the left.

Soon after you feel like the bottom of the world has dropped out, as you approach the double falls. The lead in looked sketchy and the main fall looked very intimidating. There was a lot of water going over it, a big recirculating hole on the right, and lots of air-rated water. After you landed it you would have a few seconds in the fast flowing water before you ran the next drop. There were no eddies. We portaged the lead in and the main drop and then we ran this next smaller fall with various levels of style and luck.  Jiri knocked his elbow on something and lost his grip on his paddle. With that sorted a couple of 100m later, we hit the third portage – this one is easier. Just a clamber down and a 10m lower down of the boats on ropes. After that, it was all runnable steep good boulder gardens, lots of rocks to hit, but good fun until the junction of the Goob is met just below the bridge.

If you compare the photos with kayak Canberra, there is a lot more water on our trip, for the bottom section this was good. But, it meant longer portages and we didn’t run the main drop. Other (better) paddlers with big balls may have run more, but the outcomes would have been uncertain…

The level was 1.7 on the Goob, it’s hard to pick as the Goob gauge is far downstream and this is only one of a few feeder creeks. I took some photos of the point where the peak joins the Goob (you can see this from the road and maybe gauge it for next time) 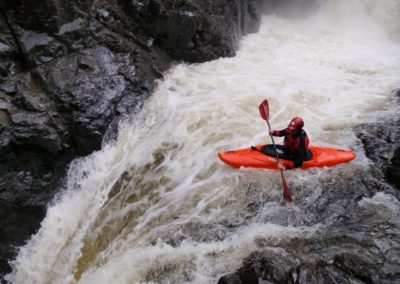 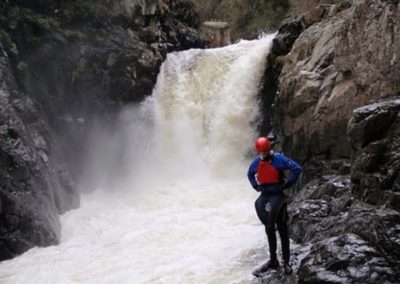 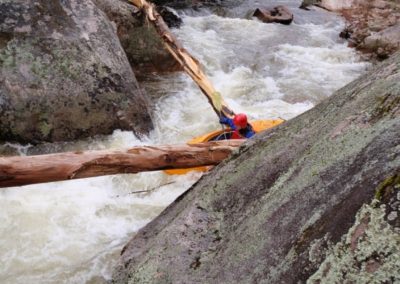 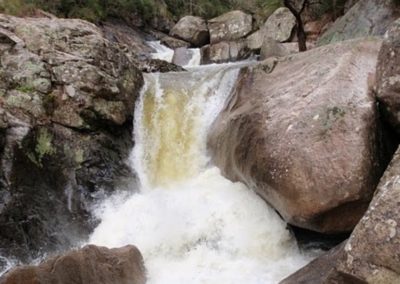 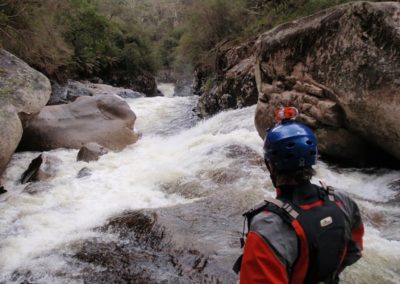 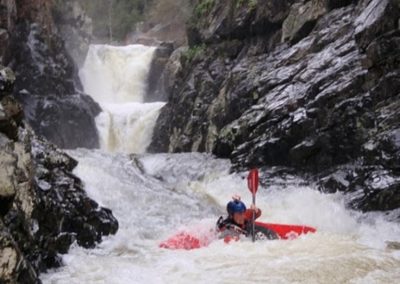 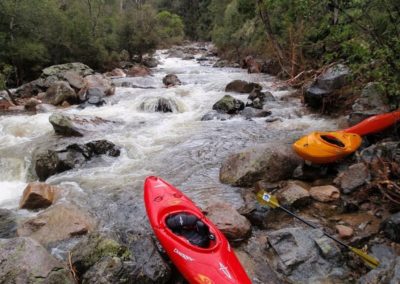 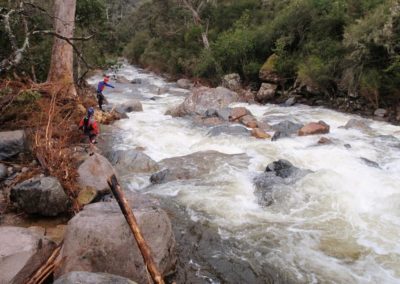