Boats loaded onto the car, people on a mission to have a nice relaxing start to the year with the club we headed off. 5 of us packed in like very comfortable sardines with a stereo we made our way up to Brooklyn, along the way it became apparent that everyone just wanted to have a good time rather than get to a specific place so the decision was made to to paddle against the tide so as to give at least a little bit of a challenge. This meant that instead of paddling up the Hawkesbury to a lovely little campsite near Barr Island we opted to head out to sea. Courtesy of the Aussie summer it also meant we had to paddle into the wind.

When we got to our launch spot, there was a lovely little jetty that seemed perfect for launching a boat from instead of the oyster covered rocks nearby.

Little did we know that the the private jetty had a self appointed guard who felt that the likes of us and our cheap weekend away didn’t deserve a nice put in spot. This information would have been easily dealt with if he didn’t wait until we had moved the boats onto the jetty, loaded them up with 5 peoples gear, and got ready to launch. Apparently we’re an insurance risk with a whole 6 pack of light beer but a dozen boats with unprocessed molotov coctails are fine (and he didn’t even know about the light beer).

Taking this little set back in our stride we decided that oyster covered rocks were fine to launch from so long as no one fell over and cut themselves. Certainly, it was easier than getting everything back on the car and taking it to the nice spot to launch boats from. In the end this was an excellent choice as it gave us a bit of room to enable the esky to be carefully strapped to the boat so the roast and beer were kept cool.

Out on the water, the heat of the day suddenly fell by the wayside. It’s amazing how sitting on the shore doing nothing makes you sweat but as soon as you start paddling it becomes fine.

After about an hour or so of paddling, we found a lovely little beach to have some lunch at. It was at this lunch spot that Nicole learned that Coopers Mild Ale is mild due to the fact that it is a light beer. Taking this setback in stride we worked out that it is a tasty beer still.

After lunch we started making a bee line <http://www.phrases.org.uk/meanings/make-a-beeline-for.html>  for somewhere to camp. After another hour or so we found a lovely beach to pull up at. It was only 3 pm but it was also designed to be a relaxing weekend. Places to camp also weren’t too hard to find. As far as it went it was pretty much impossible to find somewhere nicer than we had. One side was the Hawkesbury and the other was a nice brackish creek.

We even still had mobile coverage for those of us too crazy to leave work behind, yet we had far enough from the city to be able to sit around watching shooting stars.

After a while of hanging out on the beach, we learned the primary downside of such a nice campsite. People sitting around tend to forget about the roast that is cooking out of sight from the beach we were chilling on. Thankfully the veggies were thrown on a lot later than the roast as jerky is great but just munching on carbon isn’t so much fun.

Waking up in the morning after a an awesome nights sleep was also a massive treat. It’s pretty hard to argue with waking up to a view like this.

Dayne decided that this was the perfect time to leave us all to deal with watching the sunrise and headed off to go spend a day sailing. With the benefit of hindsight, it worked OK that she left her wallet and keys with us as there was track work and she was catching a bus.

Normally the morning we get a fire going for breakfast. The original plan was to show those who hadn’t been out with the club before how breakfast should be done (we had bacon and eggs, avocados, fresh tomatoes etc) but after a bit of discussion it was decided we should have a pretty relaxed, fire free, breakfast and then head over to Danger Island and get a coffee.

After an hour or so of paddling the coffee shop on Dangar Island is an awesome stop. They’ve decided that despite being the only coffee shop that the coffee should still taste good. The elevensies chocolate cake and ice cream were also pretty much the best you could get anywhere if you’re into that sort of thing too.

Originally the plan was to paddle up to Wondabyne but being on Dangar we felt we should probably do a bit of exploring. It turns out that there is no traffic on the island because they’ve only got 1 car on the whole island. If you want to borrow it you write your name on a board. There is also an electric buggy that people seem to borrow to drop people at the ferry. After a bit of walking, we found a lawn bowls club too. They had the traditional bowling green but instead of a beer garden to watch the game from they just had an actual garden. The whole island is pretty much a beer garden so it seems a bit redundant making a specific one for the bowling club. It was a lovely little garden too. It was filled with silver beet, chili, spring onion, parsley, egg plant and various other things that you know would make the food from the club pretty much the tastiest food possible. To add to the charm they had a few Kookaburras just hanging out, as you do on a summer Sunday morning.

After exploring the island for a bit we headed for the car to start getting towards home. We paddled back to the spot we should have actually launched from (boat ramps with sand and the ability to drive the car right to the water are so much easier than uneven oyster covered rocks

With boats loaded we headed back to Glebe to wash everything off and complete what was unanimously decided to be a very sweet start to the kayaking year. 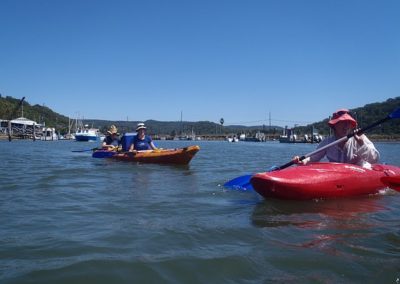 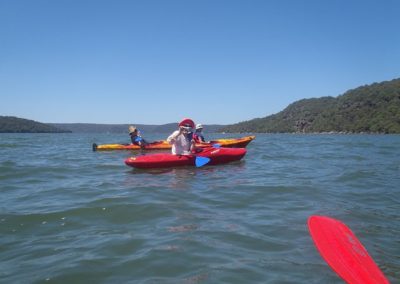 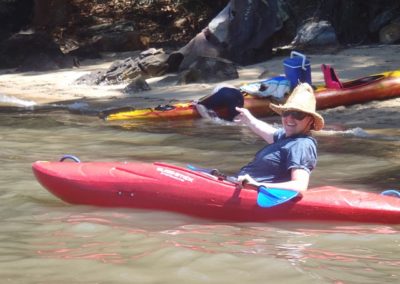 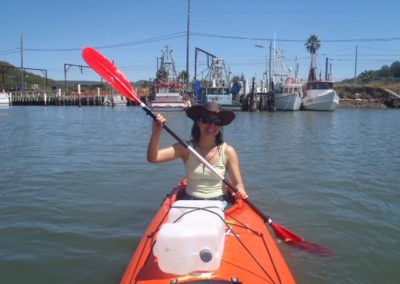 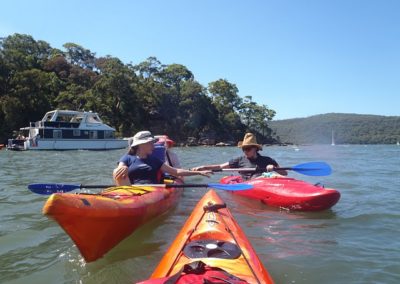 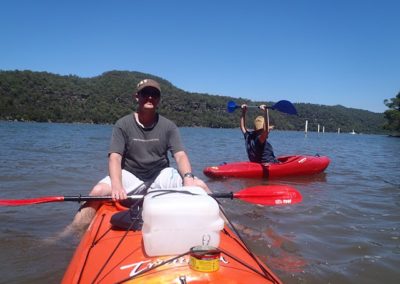 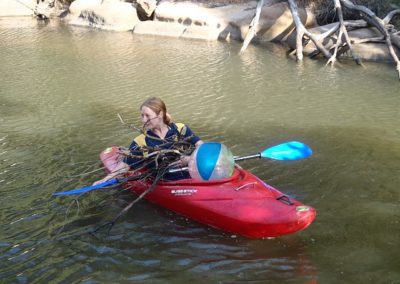 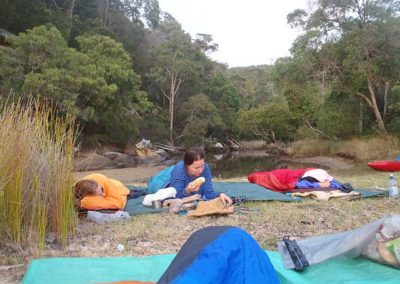 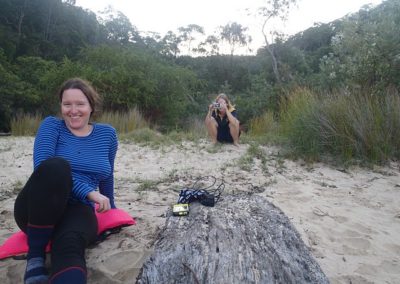 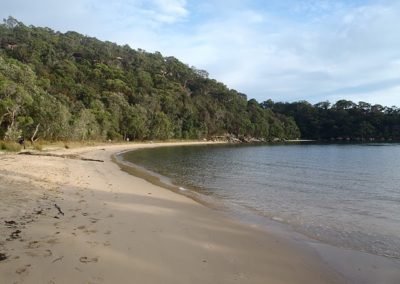 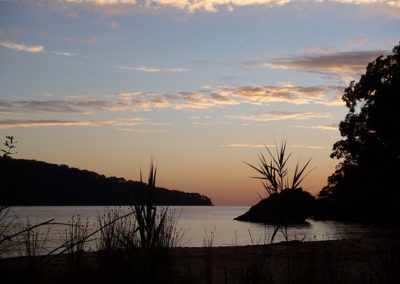 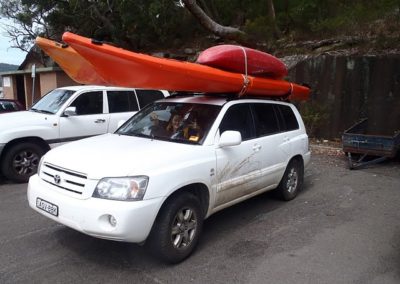