We left Sydney with boats loaded in cars and on trailers just after 19:00 on the 27th of December 2015 and set our destination for Jervis bay on the south coast. After 3 hours of driving, we arrived at Plantation Point in the small town of Vincentia located in Jervis Bay, at 10pm. This was our campsite for the night so we set up camp in a grassy field out of sight from the car park and went to bed. **Side note for any future paddlers… this is not technically a camp ground, I mean there were other campers at the site and as long as you set your tents up after most people have left the beach and leave it cleaner then you found it you and then put your tents down before 07:00 you will be fine.**

We woke early the next morning, packed our tents, had breakfast and then began the process of putting all our camping gear into our kayaks while making sure that we where keeping everything as waterproof as possible. Many people needed to reorganise their gear to make it all fit in but we also shared around if others had spare room and you couldn’t fit it in our own boats. After we moved the cars out of the way, cleared up the area and did one last check for any essential pieces of kit that we may have left behind. We then carried our boats full of gear 50m down to the water taking it in turns and helping each other out to get the heavy boats to the waters edge.

Puffed out and a little sweaty we lathered up in sunscreen and gathered around in a group to discuss safety including; where PLBs and first-aid is stored, weather predictions over the next couple of days, paddle technique and communication on the water. We ended the talk by taking out a map of JB and pointing out what the intended route was and campsites also looking at a back up of alternate camps we could use in the case things didn’t go our way.

We then launched out onto the water and headed west for 1km we used this time to check that all the gear on boats was working and everyone was comfortable enough to paddle for a couple of solid hours. We also practiced ‘rafting up’ as a good way to stay connected as a big group and it makes it easier for leaders to give instructions or just to have a rest. A shout out to Matt Goodwin from the local guiding company down there Sea Kayak Jervis Bay, who we met at this time of the paddle taking a group out in the protected bit of coast line we where currently situated. A previous colleague of mine he paddled over and said hi asking me questions till he was satisfied I was prepared for the undertaking of guiding 17 paddlers around the bay.

After a few on water adjustments to the big mirage double’s rudder system and satisfied that we where prepared as we could be for the next few days of paddling, we turned around and headed back past plantation point. It was just on 11:30 when we rounded the point and came headfirst into the southerly wind…

It was hard going, it was a 15knt southerly with enough wave an wind chop to slow us down significantly. Immediately one of the doubles began to drop behind the group, I talked the two paddlers into receiving a tow. While towing them about 1.5km to the shelter of Greenfields beach, I suggested that we swap a more experienced paddler into the boat so it would be easier for the group to stay together. We safely swapped over Tim for Alexandra (Alie being the other trip leader for this trip) in the sheltered part of green fields we continued south along the shore line in the head wind.

After an hour and a bit of paddling into the head wind, by the looks on everyone’s faces we where all getting a bit tired and hungry so we stopped at Sailors beach near HMAS Creswell which is just south of Hyams beach for lunch. This was a nice place to stop as it was just protected from the southerly by the tree line and also by the way the beach curves around to face the north.

We spent about 1 hour on lunch and then set off for Murrays Beach at 14:30 again hugging the coast line to avoid the southerly as much as possible. After an hours worth of solid paddling we had done 1km so it was slow going work. Most of us were understandably tired so we pulled in to Green fields beach and camping area for a quick rest/toilet break/last chance to fill up water. We also did another boat change to give two people in singles a go in a double and ease their load for a bit as they were getting quiet tired.

After reassuring everyone that “that was the last of the head wind for the rest of the trip”, we left with high hopes of a calmer paddle to Murrays Beach which was now tangible and in our line of sight. As the bay curved around the head wind changed to a cross wind and we continued on impressed with the speed at which the kayaks could go without a wind trying to push as back to where we came from.

We arrived at Murrays Beach around 17:00 pulled up our boats and took a breather. **Side Note: Now the original plan was to the go Boat Harbor on the other side of the bay and camp there but Alie and I were a little worried about if that was such a good idea. Given the hard day of paddling and the time giving us 2.5 hours of daylight meant that if anything went wrong on the crossing we would arrive after dark.** So we gathered up the team and considered our options.

I explained that the paddle across would be easy because the southerly we had fought all day would be pushing us to our destination, but I also understood (and every one looked like) they were tired and just wanted to relax. So we decided to camp at Murrays beach for safety reasons. I made it clear to the group that where we planned to camp was in ACT National park and no one normally supposed to camp there. As a local, I felt a little guilty but in the middle of preparing our dinners the rangers drove up the beach to check in on us. They thought that we were a commercially guided group (commercial operators need permits if they plan on entering the national park) I explained that we were just a bunch…a large bunch of kayakers from USYD and UNSW on a non-for profit kayaking expedition. Satisfied and not interested in the fact that we where camping over for the night they wished us a good night and a good paddle tomorrow, which I found reassuring.

We woke early again the next morning on the 29th making sure that we cleared up early and put our rubbish in the bins in the car park. We swapped some boat seating again and made use of the beautiful morning putting in at 09:30. We paddled past Bowen Island and started our crossing aiming for target beach on the other side about 6kms away. We agreed that we would stick together and keep an eye on each other.

Only a few of the paddlers had ever been open ocean paddling before, and about half way across a few of us started getting queasy. By the end of the crossing, one of the paddlers was quiet seasick so we stopped at little target for a quick breather. We then headed further north to Honeymoon Bay where we stopped for lunch at around 11:00. We stayed at Honeymoon for a good 3.5hrs chilling out, enjoying the scenery and the great banter.

Eventually we hopped back into our boats and paddled towards Hare Bay, our final destination for the day and camp for the night. We had plenty of time to make it to camp and the wind was a light North Easterly that made for ideal paddling conditions. After about 1km after we left Honeymoon Bay we rafted up. We pulled the spare tarp for my boat and created a makeshift sail. this didn’t work too well because there was no wind but it was fun.

A few of were bored so we got out of our seats and started paddling our boats standing up like gondolas. Unsurprisingly we then had a capsize, which gave a few of the guys a chance to practice their T-rescue skills.

At some point as ben was climbing back in his boat, dolphins showed up and we got to watch them swim past. By this time we were quite close to Hare Bay so I paddled on ahead to find the camp site for the night which is hidden in the bush just above the sand dunes on the beach.

After finding the campsite, we pulled up and started unpacking gear. We set up a campfire on the beach and then were treated with an awesome sunset.

We woke up a bit later on Wednesday and made a lazy effort to get going. Building the fire back up for a bit of warmth definitely made it harder to put the tents away and leave.

After making a few more seating changes we set off at 11:15 heading back to Plantation Point 10km away where we started a two days ago. The paddling was pretty easy going, with great conditions. We stopped every 1km to allow everyone to regroup. Just as we were coming into Plantation Point at about 13:00, we saw some more dolphins, a great way to end a wonderful trip.

After a celebratory swim, we carried the boats back to the cars and unloaded all the gear. Organising all the gear and loading on all the boats took some time and after we were quite hungry. It was 15:30 when we were finally loaded up and ready to move. We decided to have some lunch in Huskisson.

Lunch out of the way and now pushing on 17:30 we headed back to Sydney. Most of us met back at the Tram shed, washed up the UNSWOC gear and said our goodbyes…until next time. A few committed souls then met at the SUCC boat shed in glebe and put away the rest of the gear. Finally, we dropped the trailer back at USyd and some left over gear in the container. It was 23:00 and was ready for bed…

I would like to note that the skill level of all the paddlers was vastly different. From this being their third paddle to strong white water and flat water paddlers. Everyone did really well to help out and swap around boats so no one person got really tired. Safety wise we had PLBs and first aid as mentioned but I used my mother as an emergency contact. I checked in at the end of each day so that someone knew where we were and if the plan had changed. That way if we did pull a PLB someone external knew exactly what the trip plan was.

Thanks again to Mac, Giorgia, Jamie, Angel, Marijke, Petra, Darren, Sarah, Tim, Vicky and Brendan. For coming along and making the paddle turn out the way it did.

Special thanks to Ben, Matt, Sam, David and Brian. For driving down and hauling boats. The trip was never possible without cars.

And of course thanks to Alie for organising the UNSWOC side of things and for making sure we had the right numbers of boats and paddlers. I’m Looking forward to doing something like this again in the future, these amalgamation trips are always fun. 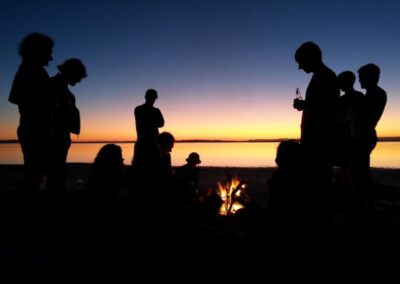 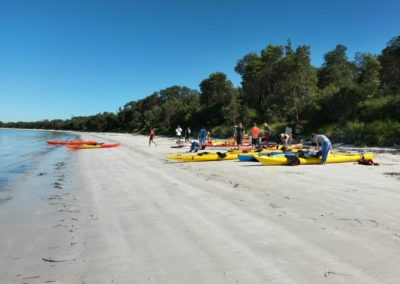 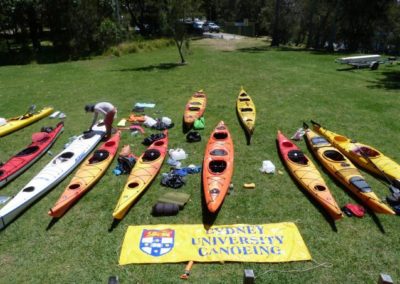 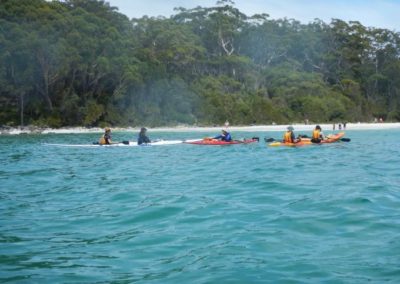 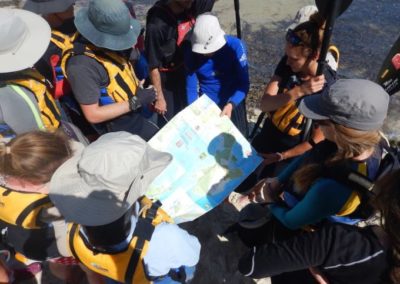 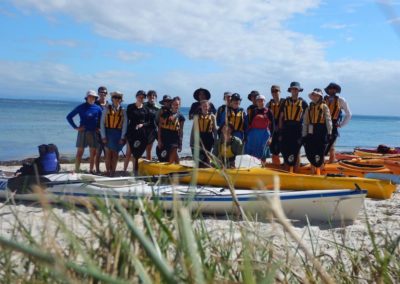 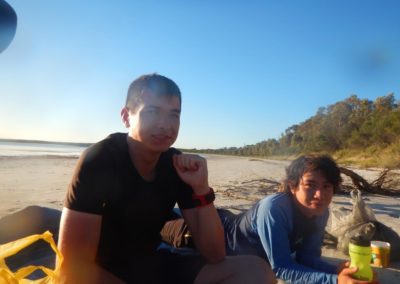 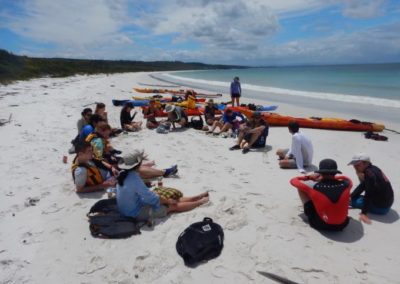 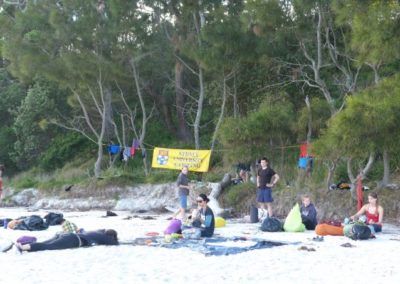 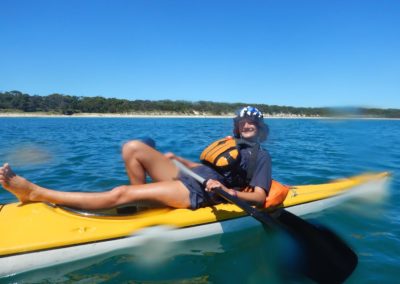 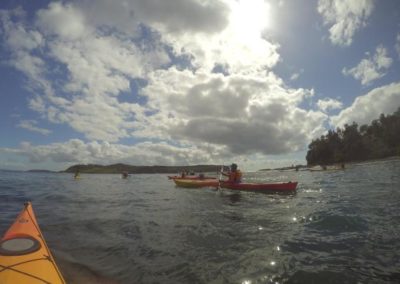 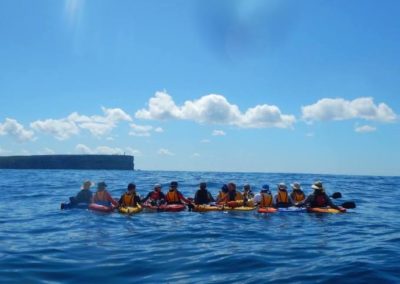 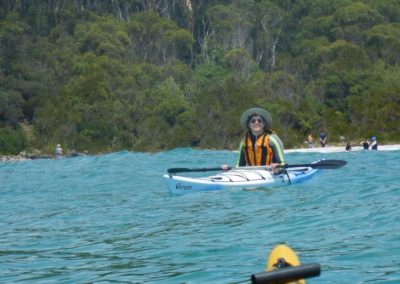 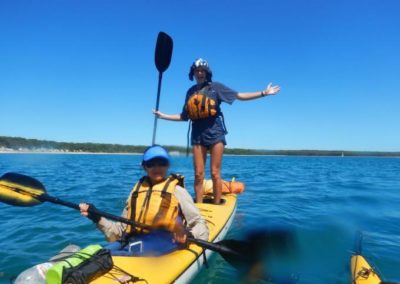