The day the Eucumbene chewed me up and spat me out…

As the rain continued to fall in Thredbo (without our awareness), the group departed at 4 am for the long drive down to the Eucumbene. The discussion over breakfast in Cooma centered on the comments of one of the local employees – Friday Drive at Thredbo was cut off the night before, with water flowing over the bridge (100mm of rain in the space of 24 hours). Nevertheless, this group was hell-bent on paddling today and a small flood wasn’t going to change that.

On the drive to the put in we noted with trepidation that the amount of water in Alpine Creek had doubled since we had seen it three weeks ago. Luckily the bridge at Kiandra was still above water and a quick dash under revealed a level of 0.55. However, on a second inspection, it became clear that reading the gauge was not that easy – check out the photo! We estimated about 10cm more than last year, jumped into our kayaks and paddled off into the unknown…the weather was beautiful, the air was 4 degrees and the water was about the same.

Floating down the river with considerable speed, we quickly encountered the aptly described “long tortuous gutter”. Andrew decided to test the definition and confirmed its accuracy. Upon seeing his dismal performance, the rest of us promptly picked up our kayaks and portaged on the left.

Pleasant flowing pools with fantastic scenery followed, making this an ideal stretch for less experienced paddlers. However, as the tree line advanced to the water level it signaled the approach to the gorge and time to get serious!

The first major rapid involved some quick maneuvers around some nasty looking rocks that claimed a scalp last year. Andrew, trying to put his altercation with the ‘thing’ from the tortuous gutter behind him took the lead and paddled into an eddy below the first drop, disappearing from sight. Minutes later Jiri followed and found to his surprise that Andrew was still there. With a look of horror and some entertaining strokes, Jiri managed to avoid the hole that was explored intimately by a club member last year. Crisis averted.

A number of grade 4 rapids followed, with quite pushy currents providing an exciting challenge. Then came a spot that we recognised instantly. “Just boof it mate” resonated in our mind as we all launched into the air providing some truly great photo opportunities. Markus made a meal of it but not a bad effort considering he ran it blind. Due to a miscommunication, Cat’s boof wasn’t caught on camera so Jiri (with hindsight, unfortunately) decided it would be a good idea for her to drag the boat back up and paddle it again. Just for the photo – as we believed the hardest part was now behind us. Some considerable time later, the boof came off less than perfect, but still with a couple of good photos.

Next section required some inspection and Cat quickly jumped at the opportunity to map out about 20m of the riverbed with her helmet. She would have mapped it down to the lake but as expected Markus lived up to his name and took charge of the situation. Andrew, clearly unchallenged by the rapids in his voluminous boat, strategically put a hole in it and significantly increased his handicap. A later review of the NSW guide from the comfort of the car revealed that at higher levels, the gorge becomes “Grade 4, 5, or even 6”…

Some more difficult rapids followed and this time Jiri did the river inspecting. As always he had some lame excuse about getting his camera out or the paddle stuck.

There was one outstanding effort by Markus though that definitely rates a mention. After getting more down time than Fritz on the Murrumbidgee, Markus managed to save Cat (without a paddle by then) from further holes by drifting with her through several rapids (where they alternated being upright) and avoided a rather nasty pour over with a deadly rock at the bottom. The look of relief that they gave each other was one that Cat will never forget. Cat was quite tired by that stage after the long continuous grades 3+/4, and ended up walking out once the river gauge 1km from the end was reached, suffering from spasms down her right-hand side.

Overall, a great trip that needs to be repeated (hopefully in warmer weather).

Thanks to all that attended.

–        Rolling is much more difficult when the water (and air) is very cold. Cat could not tear herself away from inspecting a fair amount of the riverbed at 4 degrees.

–        Never underestimate the cold as it quickly compounds with fatigue and dehydration. 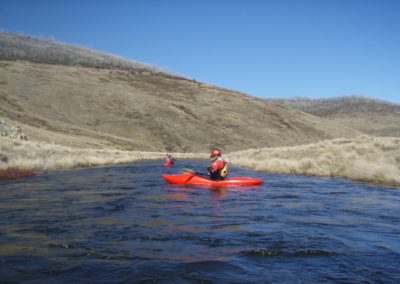 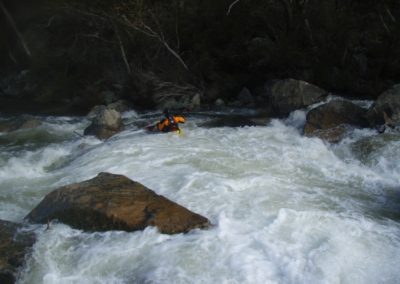 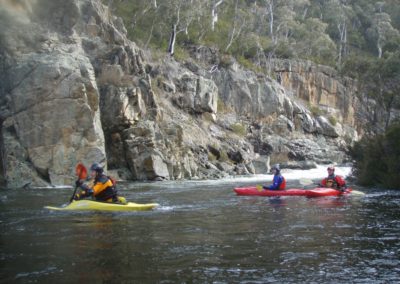 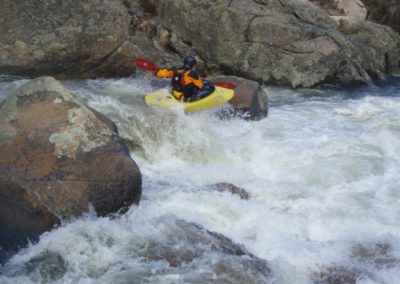 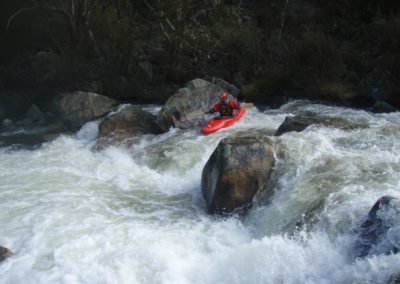 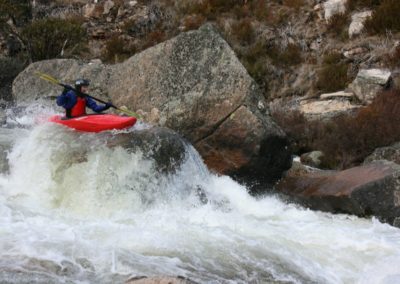 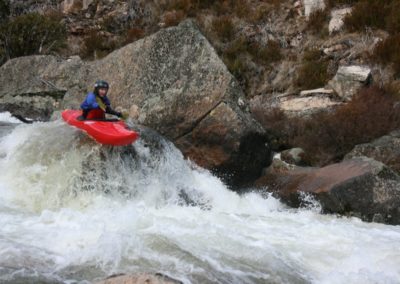 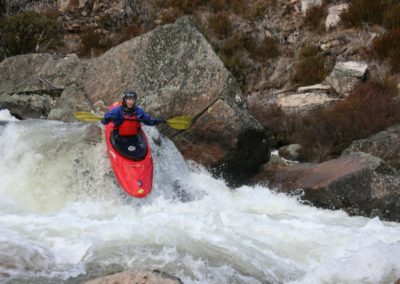 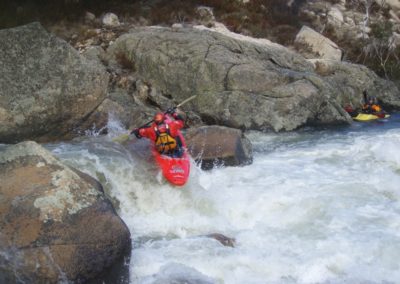 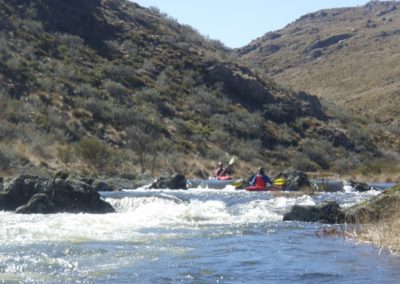 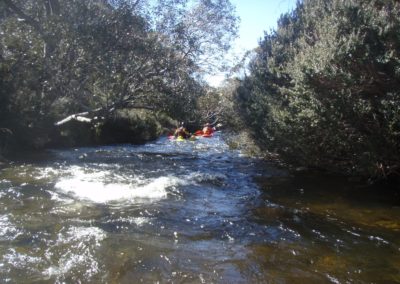 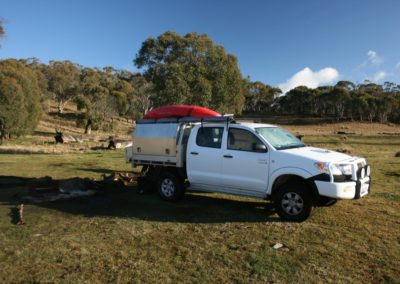